On this page, you’ll find a one-of-a-kind hand-painted 2008 18″ G3 pony made by Hasbro artists for Hasbro’s “Give Kids the World Village” Charity auction. It is one of a few of these very rare large hand-crafted ponies to exist, including those produced for The Pony Project from 2005-2012. 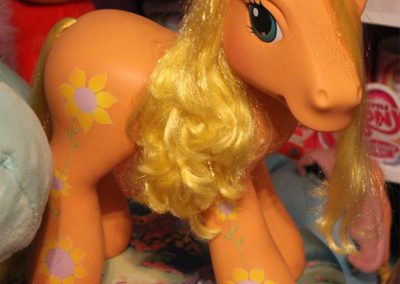 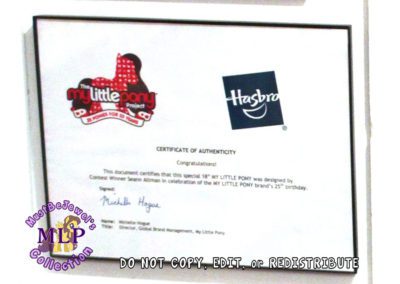